With Lisp the whole idea of language level doesn't fit that well here I mean a full Lisp that includes general full macros, reader macros and that is not allergic to side effects, not a self limited version that only allows template based macros or forces you to a functional programming model.

If you find yourself really needing to run specific versions of specific Common Lisp implementations in rapid succession, you should look into Roswell. Two go forms use these tags to jump to. The expanded form uses the when macro, which also will be expanded.

There is also a function to evaluate Lisp code: eval. This makes it possible to describe very general operations.

Generic functions are a collection of methods. Most projects with any dependencies at all will eventually end up with Alexandria in the dependency graph somewhere. There are a lot of utility libraries for Common Lisp around — one rite of passage is building up your own personal utility library over time — but Alexandria is the most popular one. Say no more: Consider the following snippet, where we declare some utility functions, and create a readtable with specific dispatch characters. If one thread rebinds a special variable, this rebinding has no effect on that variable in other threads. A cons is a data structure with two slots, called its car and cdr. Macros[ edit ] A macro in Lisp superficially resembles a function in usage. Each kind of reference uses its own kind of environment.

Here is an example. In that situation, you could do: Is this the best thing ever? These make it easy to use Lisp as an intermediate compiler or interpreter for another language. 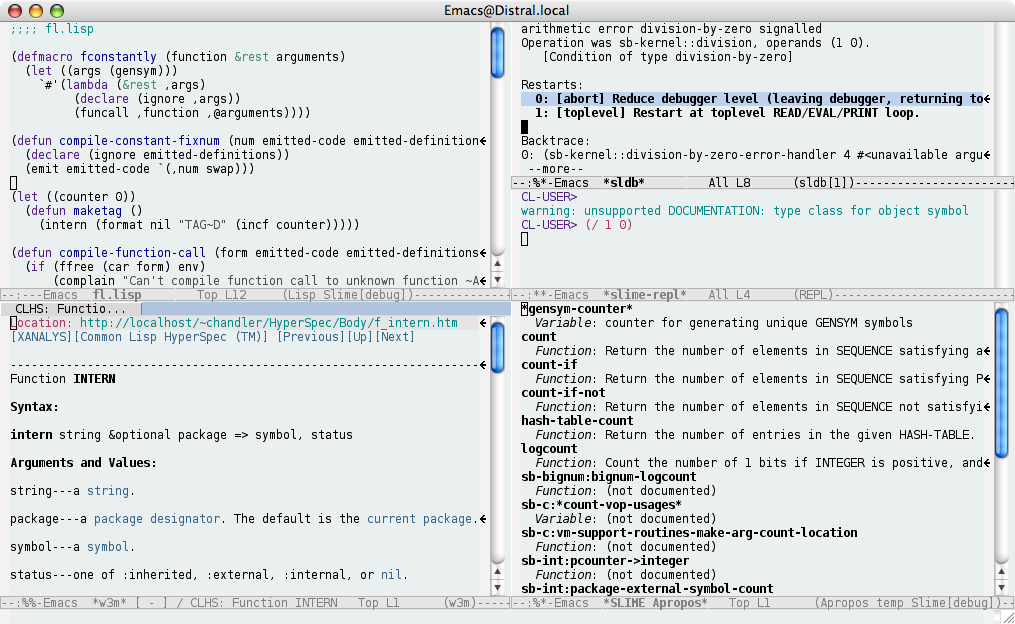 A dotted list is written as a. Create your own reader macros Are you writing some long multiline strings in your code, and are annoyed by delimiters like double quotes that you have to keep escaping?

You just wanna go fast. Of course, multiple dynamic bindings for the same variable can be nested.